Let’s be honest, it is easy to give your child a phone or tablet when you need them to keep themselves occupied.  In this digital age kids are surrounded by screens constantly. The AAP   and Common Sense Media stresses that it is important to monitor children’s screen time. Although it is important for kids to know how to operate as ‘digital natives’, there are limits that need to be placed on screen time

How much screen time is okay?

All screens are equal

Spending time on a LeapPad, IPhone, and then watching Tv  are all considered screen time and need to be added up.

Limited screen time to between 1 – 2 hours max per day

Actively monitor what your kids are up to when watching TV/ screens, and encourage other forms of activity and play as well. Reading, playing games, arts and crafts are more stimulating entertaining for young minds. In our home, we allow Caitlyn (my three year old) mostly free reign on weekends, however we do limit her screen time in the week. To be honest, if its a day turns out to be a heavy TV/ screen day, then we just balance it out.

Be a positive role model

The reality is that when you are watching tv, guess what, your child will want to emulate you. Display positive behaviours such as reading and other forms of activities.  Be present and engaged with your child, play together, or read a book together. Invite your child  help you with small housework chores. Caitlyn absolutely loves doing the dishes with me (although its more clean up afterwards for me!).

Make watching movies and programmes with your kids a habit so that it becomes a family activity. Consequently, you will be less likely to use tv as a ‘babysitter’. Watching a movie with Caitlyn on the weekend after Saturday morning activities is a good way to relax.

Hide or disable the screens

Yes I hide the screens! I find in our house it is just better sometimes to not have the phone or  laptop in sight. This way we don’t even think about a screen and we end up doing other activities like puzzles, colouring, etc.

I am conscious of my daughter’s screen time, but I am not fanatic about it. If she ends up watching a lot of tv as that’s just how the day turned out, then we just balance out in the next day or two.

What are your thoughts on screen time?

Becoming a mother is exhilarating, wonderful and terrifying at the same time. I know because I have two beautiful daughters. When I had my second baby Ava, it was as magical meeting her for the first time as it was with my eldest, Caitlyn.

Although…going home with a new baby the second time around was completely different. I was so unprepared.

Related Post: Are Antenatal Classes Worth it? Real Moms and Experts Weigh In

I had quite a ‘smooth’ birth. So I hear! Apparently I am lucky that it was a short birth. It still hurt like hell though.

I had slight cramps during the day, and I went in for a scheduled induction that evening which never happened.

I was about 2 cm dilated when I arrived at the hospital at around 8pm. My second daughter Ava was born somewhere around 11pm that night. My husband took the most ghastly pictures of me (it ain’t pretty and will NEVER see the light of day) but a beautiful moment nonetheless.

So I left the hospital as soon as possible. Although the hospital requested that I stay an extra day. Ever so confident, I respectfully declined,

After the first night home, I regretted not taking the extra day in hospital.

It was a big adjustment for everyone. Firstly, breastfeeding was not working out. I just did not understand how something so ‘natural’ felt so completely unnatural to me. I tried, I really tried.

There were a lot of tears, mine, Ava and Caitlyn’s.

I  hired a hospital grade breast pump and for two weeks solid (it felt much longer) I pumped day and night 6 to 8 times a day. Pumping consumed our lives. I was refrigerating milk, sterilizing bottles, I even acquired a hands free pumping kit. The production line was in full swing.

I spent a fortune on my breast feeding journey. I had a breast feeding nurse; pump (free from medical aid); then hired a hospital grade pump; hands free kit; nipple protectors; cream – the works!

I had limited time with Caitlyn, Ava and my husband. It was an unhappy time. There was no joy. After two weeks I decided to stop it and just focus on being present.

I gave up on pumping. Of course, I felt like the worse mother in the world. The motherhood guilt settled in like an old friend.

Things got a bit better after that. I could rest a bit a more, go to bed early (as no scheduled pumps). Not being under constant pressure of pumping every 2 – 3 hours was amazing.

The shift from one child to two was hard

I was constantly exhausted, having two children to take care of kept me on my toes daily.

Caitlyn’s sleep deteriorated badly in this period, and for about two weeks straight Caitlyn got up at 4am to get the day started.  That is waking up at 4am to see to Caitlyn after Ava just gone back sleep.

I also underestimated the impact it would have on Caitlyn overall. Adjusting from being the only child, to having a new person in her space was a significant change. Caitlyn struggled quite a bit at the beginning and she needed time to adapt to the new world.

However, I am happy to say that as time passed their relationship grew.  Ava is 8 months old and they have already developed a strong bond.

And  I am thrilled about having two little girls.

I had to learn to let go,  not sweat the small things, and not stress too much about the routine. It took time to adjust, but now I honestly cannot picture my life without both my girls.

Herewith (yet another) picture of my two beautiful angels 🙂

Further Reading: 7 Reasons Why I am Pretty Certain We Are Only Having Two Kids

Staying somewhat sane with two kids and a demanding job, requires using my energy wisely, patience and lots of it. My time at home is always focused on: feeding, bathing, cleaning up and making snacks. That’s it. Those are the 4 things that I am doing at any given time at home.  Being a mom is the most rewarding aspect of my life, and there certain things I have come to realise  I just needed to get over.

Yip not an option any more. When we had one child, there was always at least one morning on a weekend where my husband would take care of my daughter  and I could catch an extra hour of sleep until 7am on a weekend. Yip 7 am was sleeping in. Now 7 am is also gone. Forever.

#2. Actually eating at a restaurant

When we get invited to lunch to a place that is not ‘family friendly’ (i.e. no play area) I prepare a game plan which could consist out: LeapPad, colouring book, Showmax on standby, a getaway plan, etc. Come on guys, we need a play area.

When planning a trip with the kids, forget about the cute little romantic bed & breakfasts of your youthful past, you need to find a practical self catering unit. You need access to a kitchen to prepare the never ending meals and snacks and enough space for play time, and a washing machine. Wait, isn’t this meant to be a holiday?

#4. You will sit, watch, enjoy and discuss ‘my little pony’ with your kid

Forget about Greys and Game of Thrones. You will sit, watch and enjoy, your kids’ shows with them.

#5 I would not trade these things for anything!

Although its super early on a Saturday morning, when my three year old comes to cuddle in our bed, she has this bright happy smile on her face which is priceless. She is happy to see my husband and I in the morning. When we watch her kiddies show together, I like cuddling with her and listening to her laugh at the jokes. It does not matter what we give up when having kids, the rewards are priceless and infinite. And i would not have it any other way. Below is a picture of me and my girls, on a weekend in cape town, in a practical self catering, ground floor unit 🙂 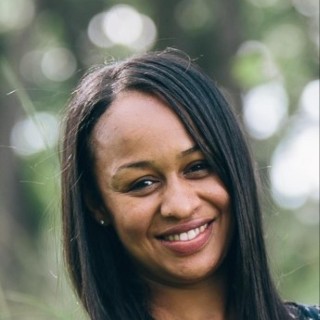